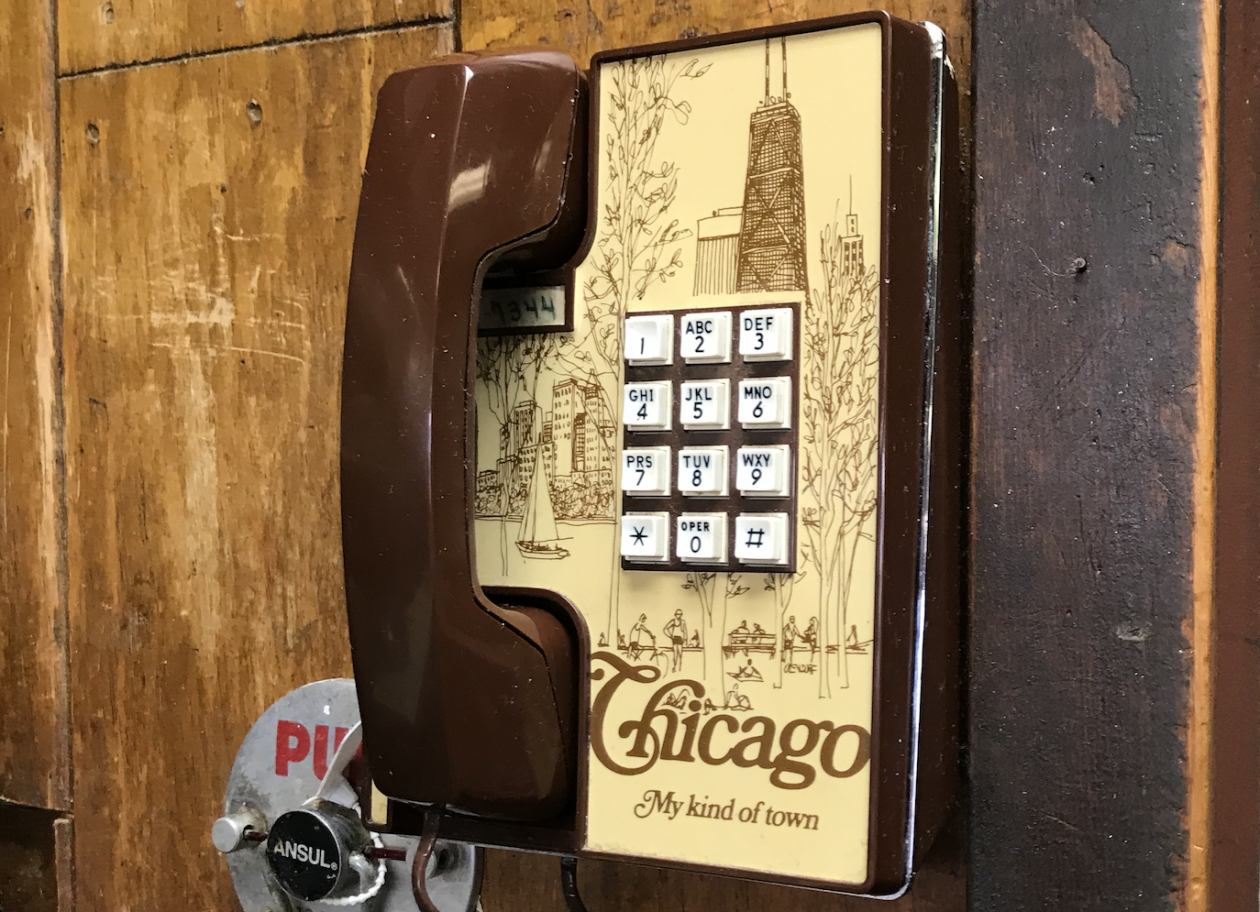 Back in the days when I was a teenager
Before I had status and before I had a pager
You could find the Abstract listening to hip hop
My pops used to say, it reminded him of Bebop
I said, well daddy don’t you know that things go in cycles
Way that Bobby Brown is just amping like Michael
Its all expected, things are for the looking
If you got the money, Quest is for the booking

The beginning lines to “Excursions” by Tribe Called Quest are certainly one of the most awesome album openers in hip hop. Over an aggressive upright bass line ripped directly from Art Blakey, Q-Tip gives a micro and macro history of rap; it’s self-referential relationship with other music, and the observation from ‘pops’ that Bebop and hip hop have more in common than just being words that rhyme. As you get a sense that Q-Tip is standing on a precipice of sorts; looking back at the genre, observing the present, seeing that “things go in cycles (the) Way that Bobby Brown is just amping like Michael”, the beat drops. And the future is here!

Like hip hop, historic preservation is a famous plunderer of themes; two disciplines that are constantly referencing the olden days, but have managed to become their own entities by using historical content as a base of original thinking, communicating, and even arguing. Neither has any original notes, a hallmark of what makes both hip hop and preservation so distinctly Postmodern. Hip hop has its roots in existing forms of music, just like preservation has roots in existing architecture. Both are hard to dissect, but really easy to like. Both have low ends and high ends, and multiple access points. Remember wishing you were a “little bit taller, wish I was a baller” along with Skee-lo? How excited were you as a first grader to take the bus from your school to your hometown historic village on a field trip? Do you remember hearing 808’s & Heartbreak for the first time, and understanding that like it or not, hip hop had changed since you began listening to Skee-Lo? What about preservationist’s impassioned but miscarried struggle to convince the whole world that the curvy, cast concrete 1976 Prentice Women’s Hospital, the same age as Aesop Rock, was the future of architectural heritage? You don’t need to know every member of Wu-Tang Clan’s birthday to like rap, and you don’t need to be a member of your local historical society to be into old buildings.

Easy to like, hard to dissect. No opportunity to criticize the body politic of hip hop is ever refused, and like historic preservation, it hasn’t been able to shake some of the negative aspects of its image. Hip hop’s physical foundation is not one of comfort or stability. It may be easy to like, but it certainly doesn’t need you to like it. Part of hip hop’s authentic voice comes from communicating that there are parts of the world that are harsh and unfriendly-guns, drugs, poverty, social problems, gangs…these topics either make for compelling stories or an all-too identifiable reality. However, the perception that violence is the principle theme in hip hop is like saying Frank Lloyd Wright is the only architect that matters. Action Bronson’s raps might as well be an audio book of the Joy of Cooking. Stalley’s “Intelligent Trunk Music” provides a Midwest perspective of American car culture. Earl Sweatshirt’s music is chock full of moody double entendres and rhymes that place Earl high above emcees twice his age.

There is also the concept of the rapper as a blowhard braggadocio, claiming to be the illest/dopest/richest/hardest/realest/trillest when it comes to rhyming/women/partying/money (as far as being the trillest architect, the award goes to Denise Scott Brown.) But for each claim made for hip hops’ materialism, violence and self-referentialism, a claim can also be made for its style, power and individuality. On “Picasso Baby” Jay Z spits: “I just want a Picasso/in my Casa/no my Castle/I’m a Hassa/no I’m an Asshole/I’m never Satisfied/Can’t Knock the Hustle.” On a surface level, Jay’s talking about his reality; enjoying the trappings of being ridiculously, ridiculously rich and having great taste to match that enormous wealth. But the Picasso in question isn’t really a painting or a work of art at all; it’s ‘Marcy to Madison Square’ Hov, wanting more for himself. It’s Jay Z urging you to dream big, no wait-BIGGER! I just want a Picasso! What do you want? Perhaps it’s a promotion. Perhaps it’s running that last mile on the treadmill with gusto. Perhaps it’s saving up for a new car. Perhaps it’s being the Baddest Bitch, the Trina of Historic Preservation (@blaservations!) Hip hop is so good at getting the listener to dig deeply into what seems like simple, literal context. You could find the Abstract listening to hip hop.

Historic Preservation’s most notorious nuisance was best depicted in the 1985 film “Back to the Future.” In the shadow of the Hill Valley Clock Tower, Marty McFly leans in to kiss the beautiful young Jennifer, only to be cock-blocked by a canister full of change being shaken by a blowsy old biddy from the Hill Valley Preservation Society, screeching that the imperiled clock tower be preserved “Exactly as it is as a part of our history and heritage!” Marty drops a quarter in the canister to get the lady to beat it. Preservation has often been panned for cock-blocking progress in the exact same way that Marty got cock-blocked. Preservation has a tendency to come off as a desperate plea to preserve everything at all costs. Many have a ‘Save it All’ approach; tying ourselves to buildings, arguing for the preservation of non-economically viable architectural dinosaurs, preserving really hideous buildings that only have esoteric academic importance, disliking any notion of the future and perhaps the worst accusation of all, not caring about rights of ownership. This is not a fair depiction, but a misunderstanding; both in terms of how preservationists carry out the work of preserving buildings and how we communicate a historic buildings’ value. Preservationese is a language understood by a small percentage of people, but issues like scale, walkability, affordability and sustainability can be expressed in almost any language, and these things can happen through the good work of historic preservation. With the legal teeth and review process put in action because of federal laws, historic preservation can make a bonafide, card-carrying impact on communities, but without public approval and support, it becomes an elite club of academics with their priorities askew.

Preservation is valuable tool in making where we work, where we play and where we sleep able to satisfy our ever-changing social, economic and cultural needs. Keeping the old versus building new means fewer bricks, scraps of metal and wood end up filling landfills, and less energy is produced in preparing raw materials like trees into two-by-fours, or transporting these materials to the building site. Old buildings can be a treasure trove of tangible information on communities and how they develop, from how a building has changed over time to who has used it over its life. On an intangible level, preservation gives people a way to understand the past by developing their own personal connection to place. In order to survive, preservation needs to be constantly predicting the future, and most importantly; our concept of the past of the future, because the past changes daily.

Just prior to the Civil War, the home of the first President of the United States, George Washington’s Mount Vernon, found itself under threat of demolition. While the preservation of such an important American landmark seems like a no-brainer today, Mount Vernon in the 1850s was a dilapidated plantation crapshack, in the way of progress. An ambitious group of women, giving themselves the name the Mount Vernon Ladies’ Association, saw that a future without Mount Vernon was a future of missing pieces, and organized nationally to raise awareness and save the imperiled landmark. As architects and planners were throwing up buildings with cantilevers, ‘Space-Race’ and transportation-inspired aesthetics and all sorts of zigs and zags in the middle of the 20th century, buildings with decorative finials, ionic columns, or Mansard roofs were being demolished left and right. Taste is very tricky to legislate, and it’s changing constantly. So how do we make choices as far as what is worthy of sticking around? It’s never easy. Like the battles preservationists fought, won and lost in the 1960s when progress plowed through irreplaceable 18th and 19th century architectural treasures, there is a new struggle to keep the inertia of a midcentury modern preservation movement going, despite the enormous setbacks.

This constant review and re-review of what is ‘historic architecture’ is like hip hop’s constant revisiting of its past. 1983’s “Between the Sheets” by the Isley Brothers has been touched by almost every important emcee or producer in the last two decades. The Notorious B.I.G. rhymed over a seminal sample of it on “Big Poppa,” in 1994. By the time the sample got to Jay Z and Beanie Sigel in 2007 on “Ignorant Shit,” it had grown to something bigger than just an Isley Brothers sample, taking on all of the heavy residuals of Christopher Wallace’s life and death, like the use of the sample itself was making an unequevical comment on the state of hip hop for the lucky few that study it. 2012’s “Juke Juke” by Chance the Rapper couldn’t be more hyper-aware or self-referential.

Both preservation and hip hop are young and developing, and perhaps it’s the absence of critical thinking on the movements themselves, and not just what inspired them, that makes each so hungry and fresh for experimentation, new technology and healthy discourse. Who didn’t hate Brutalism ten years ago? With each look back, you find something new. Bobby Brown is just amping like Michael.

2 thoughts on “Hip hop and Historic Preservation (did I studder?)”